Today is our duty to pay attention to Día de la Hispanidad:

521 years back from today, an important event occurred to definitely change the minds of the whole population of the world. A group of Spaniards commanded by Christopher Columbus arrived to the coast of what they thought were the East Indies but what actually was America. More than 400 years later, by the beginning of XX century, Some Spanish authorities and the Iberoamerican Union decided to commemorate the discovery of the new continent in an attempt of drawing up Spanish speaking countries and Spain with the intention of sharing their cultural origin as an act of racial and cultural pride cleaning differences that they had after the independences  of most of these countries from the Spanish rule.

This date is celebrated in different ways in every country. In Spain, The King (as the major authority of the Spanish Army) presides a military show with still some imperial reminiscences and also coincides with the Virgen del Pilar Day, which entails some religious connotations to the commemorative ceremony. In other Spanish speaking countries, many cultural activities and different events are also celebrated. Besides, the USA also celebrates this day but they call it Columbus Day and centre their commemorations on the fact of the discovery which, for them, undergoes the origin of the American Dream philosophy. They see in this the challenging search what those brave men did in the pursuit of their dreams encouraging all Americans to make their own dreams true. Moreover, the Hispanic population in the USA is increasingly growing very fast so the celebration is turning into a kind of commemoration of the union of cultures and fraternity under the Hispanic culture influence and its most important feature: The Spanish Language as the common feature of el “Día de la Hispanidad”. 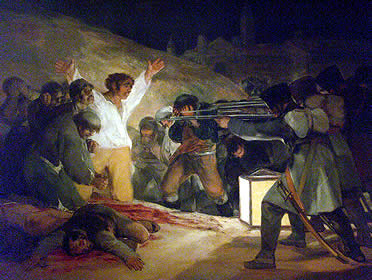 This is the true link of union and fraternity and what really draws up our cultures and nations. It is the strongest cultural feature and the mother tongue of any person that can be described as Hispanic. So, let’s celebrate the union that this language provides with its numerous expressions of culture in art, literature, music & dances, gastronomies and the widest variety of folklore that enriches its vocabulary reinforcing it incessantly.

For those who are learning the language I highly recommend them to prepare a Spanish recipe, listen to music, go to the theatre, read Spanish literature, go to a museum, or join any celebration if you have the chance. This will implicitly put you closer to the language and the culture and also will take you to a higher level of knowledge and mastery of the Spanish language.