Well, we are not going to deal with a deep lexicographic study here, but we are going to establish some points which can throw some light to this issue. We just want to offer the right guidance for your best gateway to Spanish Language.

As far as the Spanish language is concerned, it is said that “the best spoken Spanish” is the one Spoken in Castilla-León, which involves the city of Valladolid . Also the same happens in America where it is said that Colombian city of Bogotá is where you find “the best spoken Spanish”. I’m sure this issue affects to other languages as There are people which defend British English as the best spoken too. These people may not be aware that the dialectal differences within these Isles is bigger than the ones you find in the whole United States.

But let’s go back to the point. In the case of Spanish language, there is an institution that takes care and control its use in Spain: Real Academia de la Lengua Española. With the following motto: “Limpia, Fija y da Esplendor” (cleans, fixes and highlights). It has counterparts in most of the American countries where the language is spoken. Even in New York City, United States. This reduces our doubts a lot in deciding what place we may pick for learning and practice Spanish. 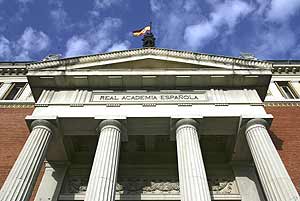 Besides, it doesn’t mean that what is recognised as authority is necessarily the most spoken variety… And now it gets twisted again.

The Media are, nowadays, the main responsible of language in use and in the spreading of standards. For example, Univision is the biggest media platform in Hispanic (or Spanish speaking audience) America. This is acknowledged as standard in terms of use but not in authority. But, in the end, what is our purpose when learning Spanish? Isn’t it to communicate with the biggest amount of speakers?

It simply depends on the use we are giving to the target language. We don’t need to understand all its speakers. Specially talking about a language like Spanish which is spoken in so many countries. We just need to learn what is attractive to us and what is useful to us. The rest is for philologist, linguistics, and people who devote their studies to our language and culture. Not for people who are going to use the language as a tool in their jobs, everyday life or hobbies.

Contact us if you want to learn more about this.

We will be glad to attend you with our best advice and help.